CelesteCS Math adds formula calculation functionality to your Confluence pages. It features a rich set of functions with ability to use table cell and macro values as operands, which is essential for reporting, project management and budgeting. 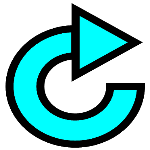 Reverse Polish Notation is a mathematical notation in which every operator follows all of its operands. In computer science, postfix notation is often used in stack-based and concatenative programming languages. We use this technology in CelesteCS Math product to evaluate formulas.

EXIF, IPTC and XMP are the standards that specify the formats for images, sound, and ancillary tags used by digital cameras (including smartphones). Information such as the photographer name, geolocation, copyright can be embedded into JPEG files with this standard. CelesteCS Rotator preserves this information during rotating images.